Anything goes with this recipe from a transitional era 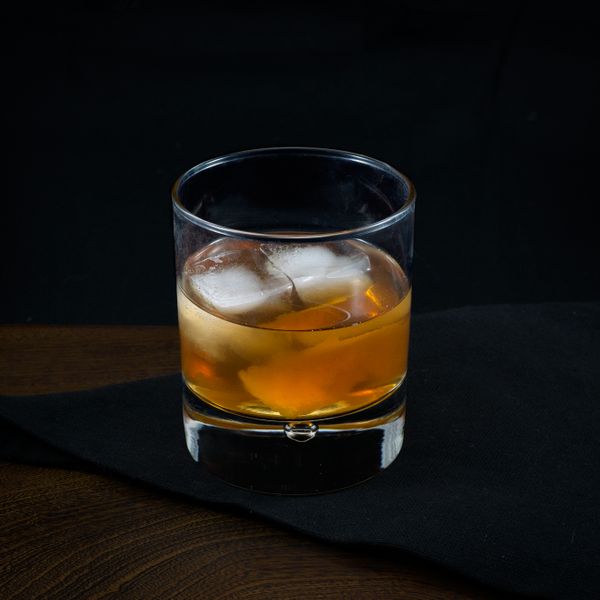 The improved whiskey cocktail fills a special spot in history, one where “old fashioned” cocktails made from sugar, bitters and spirits were dressed up with fragrant and fashionable additives like maraschino, Curacao, and absinthe. But the most important spot this cocktail will fill is in your tummy, as it harnesses a host of medicinal aromas and flavors, with a spirit-forward set of proportions that feels as timeless as a wool blazer. If you are anything like us, you will find yourself making this drink more frequently than expected.

This recipe requires only a bit of squinting before it begins to resemble another very old cocktail: the sazerac. Only the bitters and maraschino liqueur definitively separate them; a division we’ve made even more inscrutable by adding a couple dashes of Peychaud's to the more standard Angostura bitters. But that sort of tweak is indicative of what makes this drink so fun: it has the history and meditative qualities of other very early cocktails, but none of the religious fervor. Nobody is going to accuse you of making an improved whiskey cocktail incorrectly, so go ahead and have fun with it.

Speaking of flexibility, this drink works well up or on the rocks. Sans ice, one gets a better whiff of the different aromas. That said, it isn’t very good warm. If you are planning on savoring this drink, a couple cubes might not be a bad idea. The base spirit is equally open to interpretation, though I might refrain from anything nice, since absinthe can be a bit of a wrecking ball. We love Peychaud's bitters in medicinal drinks, but you could experiment with other combinations too. One thing worth sticking with is the garnish: it’s what the original recipe calls for, and lemon peel really sparkles on top of aromatic drinks. We’ve tried orange, and it definitely isn’t the same. The original recipe requests this drink be shaken, but don’t bother. Stir over ice with no regrets.