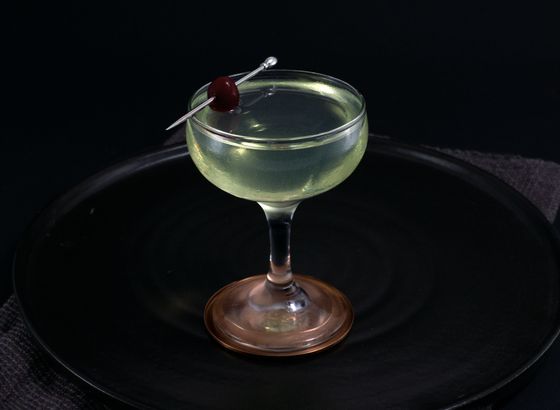 Arguably the most iconic cocktail garnish, this classic addition is usually not required, making it the ultimate exclamation point. 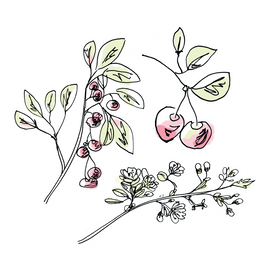 The standard cocktail cherry is rooted in the history of the Maraschino cherry, which became popular with bartenders because traditional cherries were hard to keep presentable. As Wayne Curtis writes in an article for Imbibe: “Enterprising orchardists found they could preserve cherries by bathing them in spirit that itself was distilled from cherry fruit, pits, leaves and stems. In Germany this was called kirschwasser; in Italy, maraschino.” These new preserved cherries were beloved by bartenders for their long shelf-life, and flourished during the creative boom of the early 20th century along with a myriad of other preserved foodstuffs like olives, pickled nuts, and pimolas.

Over the middle part of the 20th century, the American assembly line got ahold of the Maraschino cherry and transformed it into what David Wondrich—in his book Imbibe— humorously calls “either a blob of artificially colored cellulose or, hardly better, the product we know today, in all its zombielike glory.” This neon-red maraschino cherry looked and tasted nothing like the thing it was based on; disgustingly sweet and sold in small, mostly empty jars during the late 20th century, it was only recognizable by the cellular shape of the cherry itself. By 1975, a group of producers of the popular garnish proclaimed: “there is no such thing as a ‘natural’ maraschino cherry.”

Thankfully, the traditional Maraschino cherry has been revived and is relatively easy to find in spirits shops and specialty grocers. When talking about cherries during cocktail classes, we liken the difference between “neon” cherries and the traditional ones as similar to the gap between real maple syrup and the stuff made from corn syrup: after you try one, everything will make sense. Traditional Maraschino cherries—which never ceased production even during the cherries’ dark era—can be bought in cans for around $20. The price tag might seem a bit high, but home bartenders should be comforted by the knowledge that nearly five times as many cherries reside in each jar, and because they are preserved, the timetable for usage is long. These cherries will eventually begin to congeal at the bottom, so usage within a year's time of opening is recommended.

A cherry has a subtle nose and imparts little flavor into a drink. It is presentational in the truest sense of the word. The best substitute for a cherry is no cherry at all.