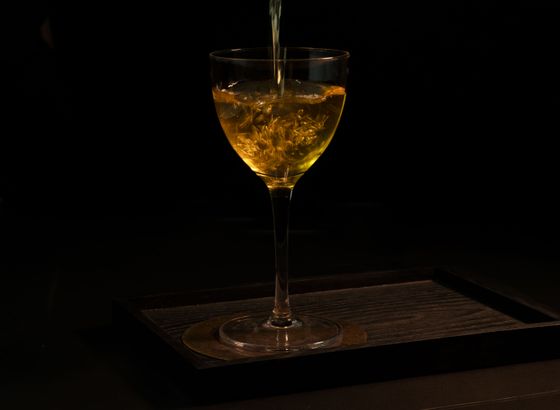 An old riff on the perfect martini that features Benedictine 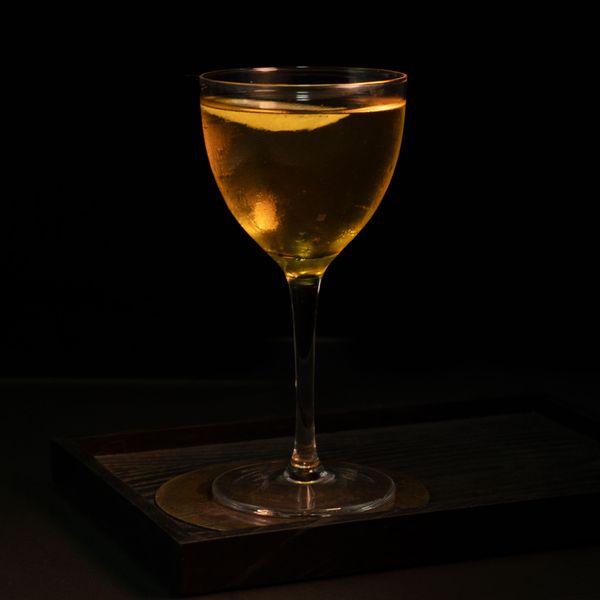 We found the Poet’s Dream while flipping through the pages of the Old Waldorf Astoria Bar Book. Our copy is from 1935, but it is also included in older editions, including the first 1931 edition: Old Waldorf Bar Days. The drink could be even older than that, but we weren't able to find mention of it in the usual suspects that so often claim first print on older drinks. Until further notice, we’ll assume the Waldorf Hotel got there before anyone else. This timeframe aligns with the thematically similar Alaska cocktail, which arrived in 1930 via another infamous hotel bar: the Savoy.

The difference between the two cocktails is reasonably significant. They both begin with gin, but the Poet’s Dream swaps Chartreuse for Benedictine and adds in some vermouth. Like the Alaska, this drink is herbaceous and nocturnal. The sip starts with tang from the sweet vermouth, followed by some heat from the gin and finally a lingering sweetness from the Benedictine. It’s a balanced cup of depth that is almost honey-like on the finish. The lightness of this drink is also a welcome change from the dark, rustic style of most Benedictine drinks, but don’t let that fool you: this is still a moody, strong drink perfect for late-night savoring and contemplation.

The original recipe is described in proportions—as everything in the Waldorf is and many recipes from the era generally were—but we’ve converted it to our standard measurements here using a three-ounce base. We used Venus gin, which is very lemon-forward and worked great with the garnish. The original recipe calls for “French Vermouth” which could be translated to dry vermouth or blanc vermouth depending on your historical outlook. We tend to lean towards blanc with older drinks, but we found the Poet’s Dream to be a little sweet out-of-the-box and preferred a true dry. We used Lo-Fi’s version and the complex botanicals played out beautifully with Benedictine, which has a more simple-minded approach compared to Chartreuse. I think this recipe can afford one complex ingredient, be it the gin or vermouth, and probably should have one to reach its true potential. It’s up to you to pick.